Matt and Erika wanted to do something a bit different for their wedding. They knew that a city wedding just wasn’t them and they tossed around the idea of having a destination wedding. The only problem was they couldn’t agree on a destination.. Matt wanted something beachy and tropical, while Erika wanted rich cultural traditions and tasty food. The solution? Sri Lanka.

Neither of them had ever been to Sri Lanka, nor ever visited the venue, Shinagawa Beach in Balapitiya, prior to their wedding. These two were so incredibly relaxed about everything! They just wanted a big laid-back party with their nearest and dearest. They managed to pull it all off with the help of their wonderful wedding planner Sonali from Wow Beginnings. They booked out the whole hotel for the weekend so they could have several days of partying and relaxing. They had a welcome dinner the night before the wedding at Jungle Beach Restaurant where Erika was adorned with her peacock henna that she would wear on her wedding day.

The morning of the wedding was quiet as everyone was still recovering from the night before. The boys played beach cricket while the hotel staff set up the venue. Erika and Matt met briefly in the hallway for a mini-bar bottle of Smirnoff before walking down to greet the bridal party in the bar. They were accompanied down their sandy aisle by traditional Sri Lankan dancers and greeted by schoolgirl singers to wish them well.

The ceremony was led by the masterful Adam Vine-Hall who incorporated a ring-warming tradition and whiskey pouring into the formalities. One of the many Sri Lankan beach dogs came along to check out what was going on. It was an overcast evening and the light soon faded, leaving us in pitch-black dark by the end of the ceremony. The whole wedding party then wandered down the beach in the dark to release glowing lanterns into the night. After that, the party kicked off. Matt and Erika weren’t too fussed on traditions like cake-cutting or a first dance. They just wanted good food, good music and good times. And they definitely nailed all three.

Nicola Bodle is an Australian destination wedding photographer. She captures weddings, engagements and elopements throughout Australia and the world. Based on the Mid-North Coast of NSW, she specialises in bold, honest and emotive imagery for adventurous couples and romantic souls.
TAGS
Beach destination photographer Sri Lanka Sunset Wedding
SHARE 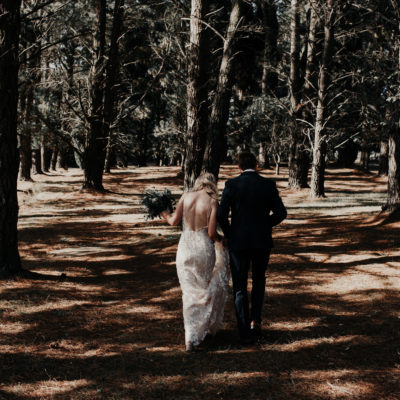 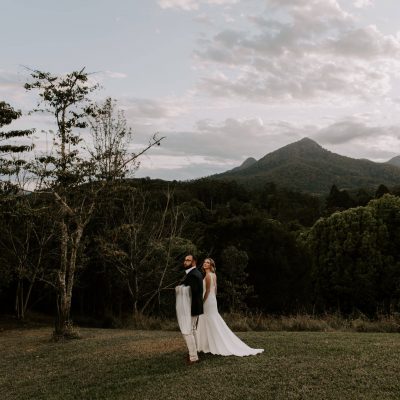 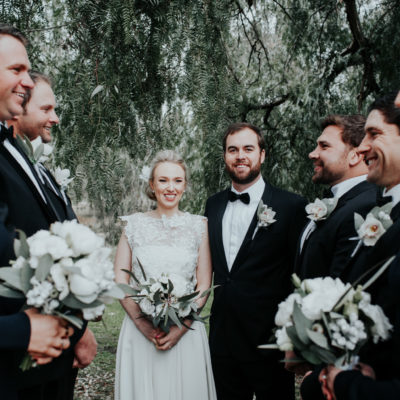